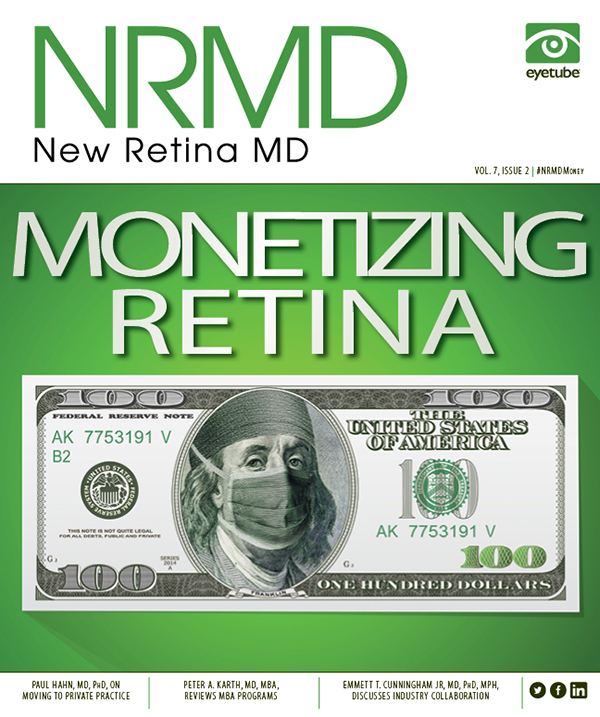 From the editors of New Retina MD

Jonathan Prenner, MD, and Richard Kaiser, MD, invited Caroline Baumal, MD, to the Retina Today Journal Club to discuss her research on optimizing the time to vitrectomy in patients with a dropped intraocular lens (IOL).

Dr. Kaiser set the scene: “Our anterior segment colleagues, in a moment of panic many times will pick up the phone, call us, and describe a situation in great detail about how they dropped the lens,” he said.

In Dr. Kaiser’s estimation, the role of retina surgeon changes when that call arrives. “I think at that point, we sort of have to wear a couple different hats,” he said. “We have to be clinicians for the patient. We have to be friends and colleagues and play a little psychologist with the referring doc. We have to balance the anxiety of the family.”

Dr. Baumal pointed out that patients and anterior segment surgeons often want to see immediate results. Although she agreed that seeing the patient in a timely manner is important, she emphasized that retina surgeons need to thoroughly review the case before vitrectomy. Dr. Baumal stated that her review of the literature showed that faster time to intervention after a dropped IOL appeared to yield little benefit to patients.

One exception, she noted, involves same-day rescue surgery in facilities that host both anterior and posterior segment surgeons operating in nearby ORs. However, the ability to acquire informed consent from a patient who has already received sedation raises a tricky ethical question; Dr. Kaiser questioned whether informed consent from a sedated patient is even valid.

Dr. Prenner said that, when a retina surgeon performs rescue surgery immediately after cataract surgery, the surgeon must manage a number of uncontrolled variables. “The scrubs may not be comfortable dealing with you as a vitreoretinal surgeon,” he said. There may be anatomic concerns as well. “You may have a wound that’s leaking; you may have a lens that’s unstable.”

Dr. Baumal said that some institutions that share ORs among anterior and posterior segment surgeons use informed consent language stating that, in the event of a complication, the surgeon may do what is in the patient’s best interest—specifically, in these cases, asking a retina surgeon to operate on the patient.

Dr. Kaiser asked Dr. Baumal about patients who undergo vitrectomy after an extended period of time. She said that the two concerns with such patients, intraocular pressure (IOP) and inflammation causing macular edema, can be anticipated and treated with antibiotic drops and IOP-controlling drops.

The best time to perform surgery? Dr. Baumal waits a week. Still, some patients may want to wait longer, and others may want to undergo surgery sooner. “Once the visualization is good, if we can control the pressure and the inflammation, I think any time from then on would be the time to remove the lens material,” she said. Anything longer than 3 weeks, she said, is too long. n