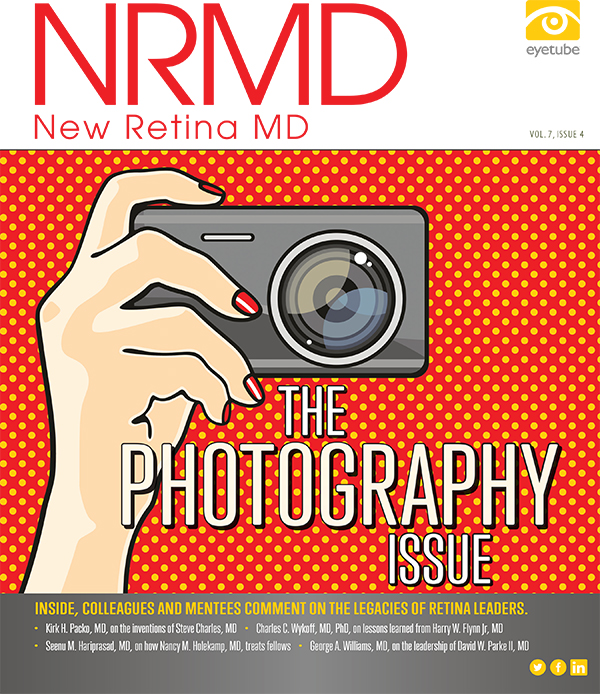 Results of the first phase 3 trial in this field were announced.

Hereditary retinal degenerative diseases are challenging to treat, and current therapies have numerous shortcomings. Many are invasive, run the risk of complications, offer only short-term relief from symptoms, or are unable to directly treat vision loss. Gene therapy has generated interest due to the potential of circumventing these challenges and delivering lasting therapies for a variety of diseases of the posterior segment. This approach involves the introduction of genes into diseased retinal cells with the aim of replacing a defective gene or adding a therapeutic gene.

This installment of Clinical Trials details gene therapy approaches that could be beneficial in the treatment of ocular diseases. This is an update of an article that appeared in 2016 in Retina Today.

Adeno-associated virus (AAV) has been used safely and effectively as a vector for gene delivery. AAV vectors have demonstrated superior specificity and efficiency in targeting ocular tissues compared with other viral vector platforms. The recombinant AAV (rAAV) vector is a “toothless” viral vector in which native coding sequences have been replaced with a therapeutic transgene. The serotypes most commonly used in gene therapy are AAV2 and AAV5, both of which show excellent transfectional efficiency for neuronal and epithelial cell types, including photoreceptor cells and retinal pigment epithelium (RPE) cells in the eye. Successful and efficient transfection of particular cell types in the eye relies on other factors, including AAV titer, injection site, volume of cargo DNA, and specific gene promoters that drive transgene expression and from which transcriptional initiation takes place.1

In recent years, a number of retinal and optic nerve–related conditions have been identified with causative single-gene mutations that could be amenable to rAAV-mediated gene therapy. Researchers have been developing therapeutic modalities in the clinic, and, although most have encountered challenges, there have also been successes. These results suggest that rAAV-mediated gene therapy could revolutionize retina medicine.

Leber congenital amaurosis (LCA) is an autosomal recessive ocular disorder that appears at birth and is characterized by sluggish or absent pupillary response, due, most often, to mutations in the RPE65, LRAT, RDH12, or RPGRIP genes. Gene therapy has been successful against disease caused by mutations in LRAT and RPE65, where it has improved vision by restoring photoreceptor function, as described later in this article.2

The autosomal recessive form of retinitis pigmentosa, which manifests as early-onset retinal dystrophy and tunnel vision preceded by night blindness, is characterized by mutations in genes encoding the phototransduction proteins and those encoding the regulatory network proteins in the outer segment of the photoreceptors PDE6B and MERTK, respectively. rAAV5-mediated gene replacement of the hypomorphic PDE6B allele, injected subretinally in an rd10 mouse model with partial PDE6B deficiency, demonstrated prolonged photoreceptor survival and improvement in vision.2

Achromatopsia is another autosomal recessive condition, marked by early-onset retinal dystrophy, lack of cone function resulting in color blindness, reduced central vision, and photophobia. It can be caused by mutations in GNAT2, which encodes a component of the cone phototransduction cascade, or in CNGB3, which encodes the ß-subunit of the cyclic nucleotide-gated cation channel in cones. Success of gene therapy to improve cone function may depend on the age at which patients receive treatment, but AAV2/5-mediated gene replacement has been successful in an adult dog model.2

Juvenile retinoschisis is an X-linked recessive condition with early onset, in which the retina separates into several layers and may detach. The leading cause of juvenile macular degeneration in males, it is caused by mutation in the RS1 gene, which encodes retinoschisin, a protein integral to the retina for cellular adhesion and tissue stability. AAV5-mediated gene therapy was found to improve retinal function in a mouse model of the disease.2

Multiple sclerosis may have a multifactorial inheritance pattern. Its effects can include an optic neuritis that causes loss of visual function after multiple neuritis episodes. Therapy mediated by the free radical scavenger AAV-catalase targets oligodendrocytes to suppress their demyelination.2

Red-green color blindness is an X-linked recessive cone dystrophy. It is caused by congenital absence of the L-opsin gene, which encodes L-photopigment. This defect has been corrected in adult male squirrel monkeys through rAAV2/5-mediated replacement of the L-opsin gene.2

A number of companies are clinically investigating the potential of gene therapy to treat or cure conditions of the posterior segment. NightstaRx is developing an AAV2-REP1 product that could potentially treat choroideremia, an X-linked recessive degenerative retinal disorder, with a single injection. In a clinical trial, after 6 months of treatment, six of 12 patients showed vision improvement in dim light, and two patients with impaired visual acuity were able to read more lines on an eye chart.3

AGTC has several ongoing ophthalmology development programs. In partnership with Biogen, AGTC is developing an rAAV gene therapy product targeting the RS1 gene for the treatment of X-linked juvenile retinoschisis.4

Oxford BioMedica reported results from a phase 1 trial of its antiangiogenic product RetinoStat for the treatment of wet age-related macular degeneration. The trial met its primary endpoints of safety and tolerability, and patients also showed signs of clinical benefit.5-7 The product uses the company’s LentiVector platform technology to deliver two genes encoding the antiangiogenic proteins endostatin and angiostatin directly to the retina in a single injection.7

Phase 1/2 trials using the LentiVector platform are ongoing for the treatment of Stargardt disease, which is characterized by macular degeneration in juveniles, and Usher syndrome type 1B, characterized by adolescent-onset retinitis pigmentosa combined with a congenital hearing defect.5 In these trials, Oxford BioMedica’s technology is used to deliver to retinal cells, in a single administration, a corrected version of either the ABCR gene for the treatment of Stargardt disease or the MYO7A gene for treatment of Usher syndrome type 1B.8,9

Although most investigations of ocular gene therapy to date have been in preclinical studies and early clinical development, Spark Therapeutics has reported clinical success in the treatment of LCA.

A number of LCA-RPE65 gene therapy trials are under way. Three trials initiated in 2007 used a single subretinal injection of an rAAV2 vector to deliver a human RPE65 cDNA gene to target RPE cells.1

Gene therapy via subretinal injection in patients with LCA due to RPE65 mutations appeared to be safe at the doses tested in those trials, with no serious adverse events, no systemic toxicity, and minimal or no immune response. Investigators in these trials reported that visual function was improved for many but not all of the 18 patients treated. Efficacy results included improved retinal sensitivity, improved pupillary response, improved visual acuity, and reduced rapid involuntary eye movements.1 Results also included the development of a pseudofovea in one patient, and further studies have suggested that this indicates the need for careful consideration of treatment zones for future trials.1,10

Electroretinography response was generally not improved in the trials, possibly due to the small treatment area used; however, some patients showed improved mobility and were able to better navigate an obstacle course using their treated eye.

Although these early clinical results are encouraging, the ability to compare results across the trials has been limited by differences in gene therapy product profiles, administration or injection sites, patient selection, small number of patients, and endpoint measurements.1,11

Since the LCA studies described above were initiated, other groups have been developing gene therapy programs for the treatment of LCA type 2. In the first randomized, controlled, phase 3 gene therapy study for an ocular genetic disease, Spark Therapeutics recently announced positive results using its SPK-RPE65 to treat LCA2 and other RPE65-mediated inherited retinal dystrophies.12 Patients in the intervention group achieved improvements in both functional vision and light sensitivity that were statistically significantly greater than those in a control group. The primary endpoint in this study was change in mobility test score 1 year after therapy.11

This trial, which included 31 patients with confirmed RPE65 gene mutations, met its primary endpoint and two of three secondary endpoints. No drug-related serious adverse events and no deleterious immune responses were observed in either this phase 3 trial or in earlier phase 1 studies.13 Data from the phase 1 cohort showed that the improved mobility and light sensitivity effects were rapid, sustained, and durable.14

Success in preclinical studies and clinical trials has spearheaded a wave of interest in ocular gene therapy programs, as there are many genetic disorders that affect a variety of retinal tissues. We hope to bring you an update next year on a number of planned and ongoing clinical trials.