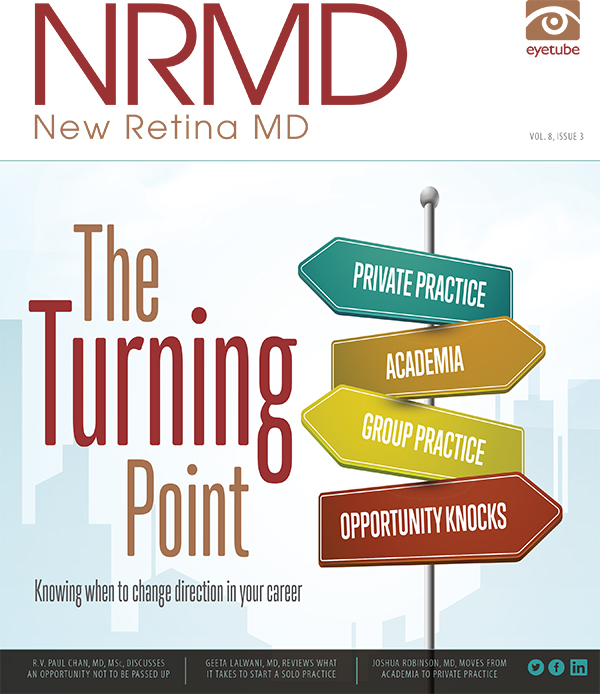 A hyaloid elevation and an irregular retinectomy edge.

In this installment, Michael A. Klufas, MD, interviews Quraish Ghadiali, MD; Chandrakumar Balaratnasingam, MD, PhD; and Yasha S. Modi, MD; authors of a video that details surgery on a rhegmatogenous retinal detachment patient with early proliferative vitreoretinopathy and evidence of a posterior break and a macular hole. Dr. Klufas probes the authors for some insights into their decision-making process during the procedure. 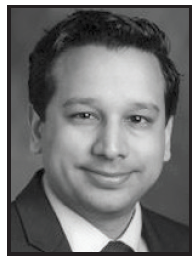 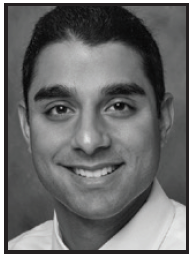 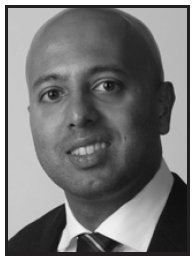 The hyaloid is tacked down in this case—a nightmare for any surgeon. Briefly describe the technique that was used to elevate the hyaloid at the initial surgery. Were there other techniques to consider? Did you detect peripheral breaks contributing to the retinal detachment? Why use the 276 tire and not just a band?

The most common technique for hyaloid elevation is aspiration over the nerve with subsequent elevation, but this maneuver induced significant traction on the detached retina. Because of this, we employed triamcinolone-assisted peeling in a posterior-to-anterior fashion. To minimize the likelihood of iatrogenic breaks, it’s advisable to employ tangential traction rather than a lifting movement when peeling. Another technique that may be employed is the use of a lighted pick for countertraction. Additionally, after the posterior hyaloid has been removed past the arcades, perfluoro-N-octane (PFO) can be placed centrally to provide countertraction as the hyaloid removal is extended anteriorly. 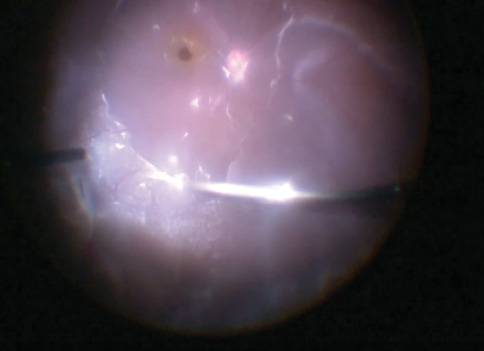 For peeling the internal limiting membrane (ILM) around the large macular hole, indocyanine green (ICG) dye was placed with care to prevent it from migrating into the subretinal space. Another technique to avoid subretinal ICG is to stain under PFO. Peeling was initiated circumferentially around the hole with 25-gauge ILM forceps. Peeling the ILM may improve the chance of macular hole closure, and it also aids in further anterior hyaloid elevation and removes a scaffold for subsequent reproliferation of proliferative vitreoretinopathy (PVR).

In addition to the encircling band, the inferior 276 tire was placed to maximize support along the vitreous base and to provide additional support inferiorly to counteract traction secondary to PVR on the residual hyaloid. In this case, hyaloid elevation at the first surgery was possible only to the equator. Given this incomplete hyaloid elevation, it’s not surprising the redetachment occurred at the time of traumatic lens dislocation.

The patient returned with moderate to severe PVR and recurrent detachment. Describe your approach to the retinectomy at this time. Why spare the nasal retina from the retinectomy? There was also a ”dog ear” of tissue temporally that could potentially be a site of recurrent PVR. Why not remove this tissue?

Given the anterior PVR and retinal contraction, an extensive retinectomy was pursued to allow sufficient retinal relaxation. The superonasal retina appeared to lie flat without the need for retinectomy, and so it was left intact. The scleral buckle that had been placed previously would provide support to the anterior retina. Given the concerns for retinal torsion with a 360° retinectomy, we opted to stop at around 270°.

The hole appears to have closed on the final follow-up photo—success! Would you consider implanting a secondary intraocular lens (IOL) in this patient if vision improves with refraction? Would you stage the procedure or perform it at the time of oil removal?

Although the retina remained flat and the hole was closed, the patient’s visual potential did not improve beyond count fingers with refraction at 8 months postoperative. As a result, we have not entertained the possibility of a secondary IOL. Additionally, given the patient’s history of noncompliance, further elective surgery was deferred.